The longstanding lack of a global definition of urban and rural areas is an obstacle to reliably comparing these areas across national borders. Six international organisations (EU, FAO, ILO, OECD, UN-Habitat and World Bank) have developed a new harmonised definition that can be applied to every country in the world, called the Degree of Urbanisation. This work was presented to the UN Statistical Commission and endorsed on 5 March 2020. Instead of relying on only two classes, this new method uses three classes to capture the urban-rural continuum: 1) Cities, 2) Towns and semi-dense areas and 3) Rural areas.

The Gallup World Poll data in 115 countries (see annex for the list) was coded by Degree of Urbanisation for the years 2016, 2017 and 2018. The years 2019 to 2022 will also be coded in this way. The countries covered by our data include the United States plus all countries where face-to-face interviews are used. Because the Gallup World Poll mostly uses telephone interviews in high-income countries, only 11 high-income countries could be included. This explains some of the differences between our results and those presented in chapter 4.

Figure A1: Population by perceived urbanisation and the Degree of Urbanisation, 2016-2018 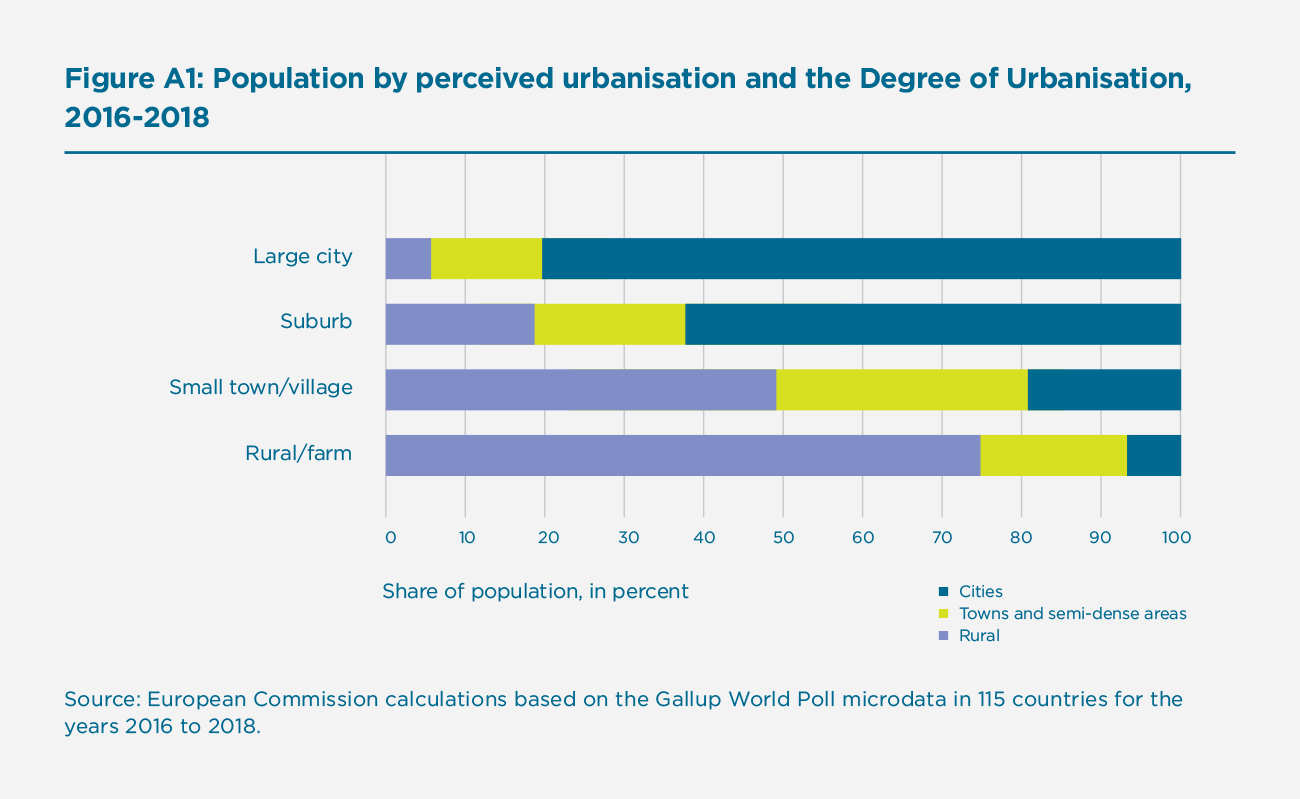 Life evaluation, feelings and making friends by Degree of Urbanisation

Figure A2: Life evaluation, feelings and friends by Degree of Urbanisation and country by income level, 2016-2018 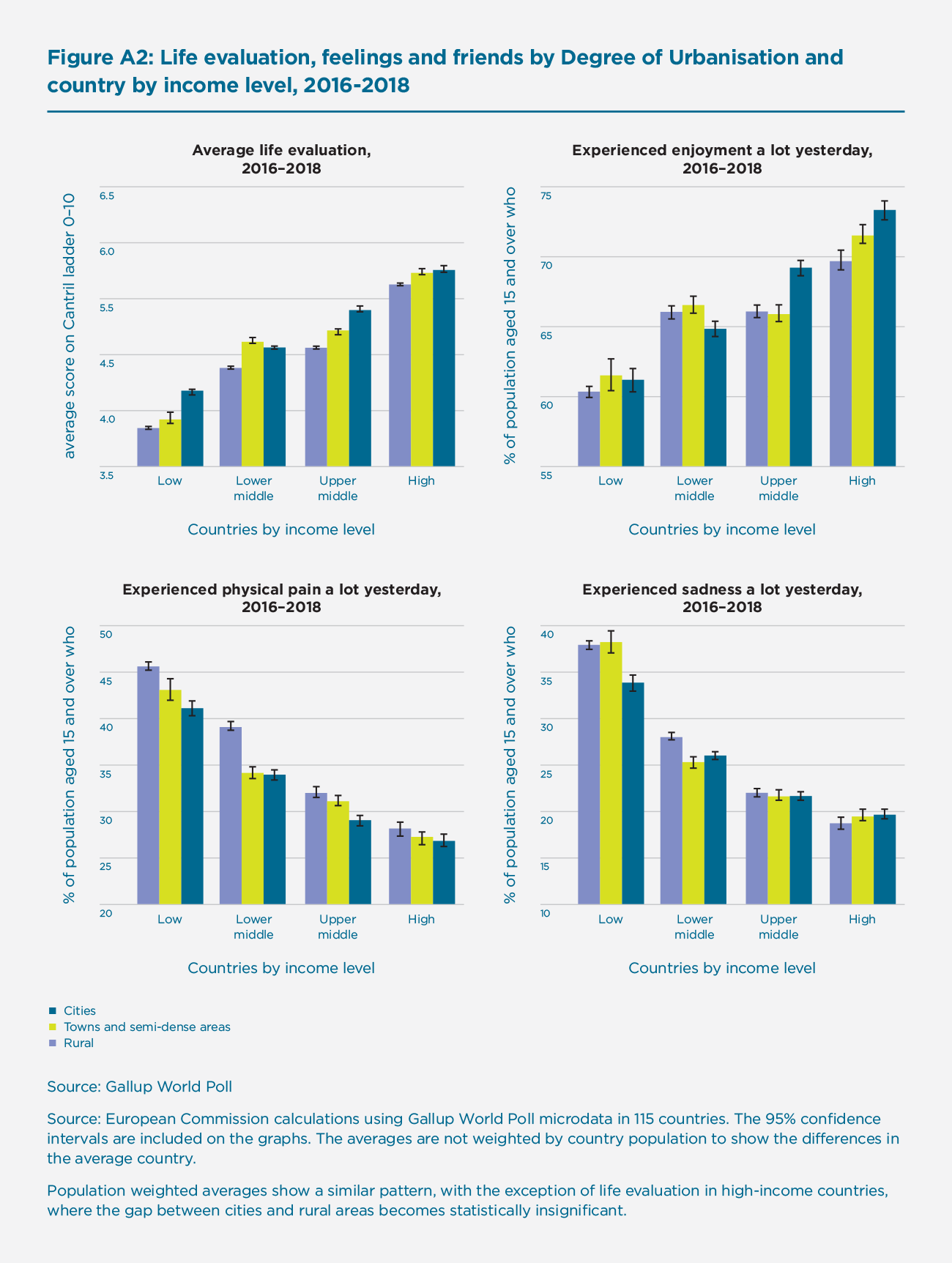 Life in cities is socially more satisfying than in rural areas. The difference between cities and rural areas for the share of people satisfied with the opportunities to meet people and make friends is biggest in high-income countries, in which 79% of the people living in cities are satisfied compared to 68% in rural areas. Towns and semi-dense areas score almost as well as cities in all the four income groups.

In cities more people experience joy and fewer experience pain or sadness than in rural areas, especially in low- and middle-income countries. More city dwellers feel they can rely on family or friends for help, meet people, and make friends than people living in rural areas. It should not come as a surprise that city dwellers evaluate their life more highly and that migration tends to go from rural areas to cities.

The figures presented here are based on data from the Gallup World Poll in 115 countries coded by Degree of Urbanisation for the years of 2016, 2017 and 2018 and the World Bank country income classifications. The European Commission and Gallup have agreed to continue the coding of the Gallup World Poll in countries with geo-tagged face-to-face interviews and the USA until 2022. The newly developed Degree of Urbanisation variable is available through a free download (as a .csv file) that Gallup data subscribers can integrate back into the World Poll data sets.

The figures presented are the unweighted averages of the weighted respondents for those countries covered by face-to-face surveys and the USA for scores by Degree of Urbanisation. In other words, they show the experience and opinion of someone living in a city, town and semi-dense area, or rural area in an average country of that specific income level; not the average rural or city resident. This approach was chosen because it shows average gap between cities and rural areas. A population-weighted average would primarily reflect the gaps in the biggest countries, while the small countries would only have negligible impact.

It is important to note that a significant number of middle- and high-income countries are not included in the analysis, as in those countries the surveys telephone-based and precise information about the location of the respondent is not available. For that reason, many EU countries are not present.